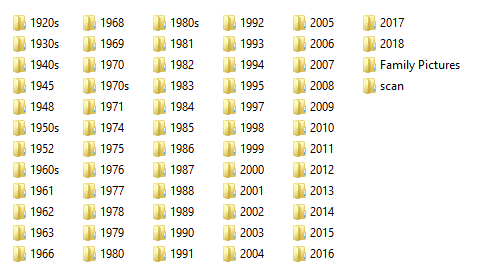 5 Replies to “My Method for Organizing Digital Photos and Videos”