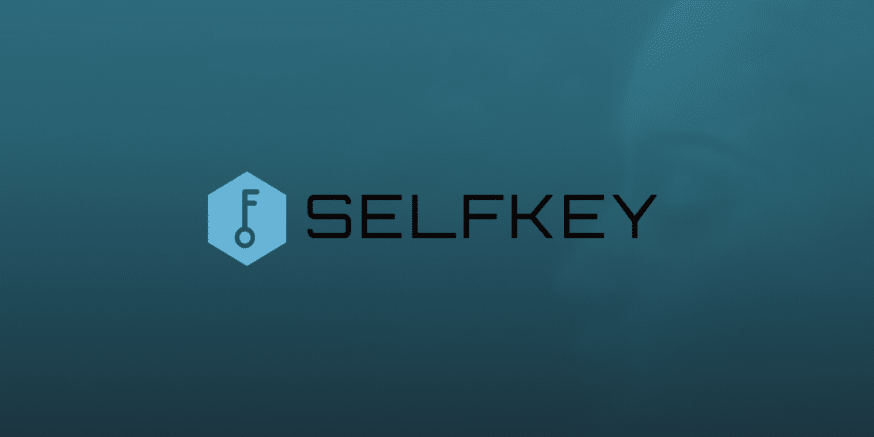 SelfKey is a self-proclaimed identity management platform that allows individuals and organizations to keep full control of their identity. The creators have introduced a concept known as the Self-Sovereign Identity (SSID).

The SelfKey foundation manages the project and plans to govern it based on principles of self-sovereign identity. In other words, the core theme for users of the network is to limit risk by storing and managing sensitive data themselves.

The internet has made the world a smaller place. With a few words and a click of a button, you can send messages tens of thousands of miles in only a few seconds. While that obviously means an easier life in many respects, it also introduces a new set of problems for the modern person.

Identity theft is a growing issue worldwide. Results from the Federal Trade Commission and private consulting group Javelin reveal that fraud victims in the US were up 8% in 2017 alone. Recent data leaks from Facebook and Google, considered by many as the darlings of the tech revolution, haven’t helped either.

Blockchain just might be the solution here, and fortunately, several startups have emerged and are racing to get in front of the problem. In this article, we’ll cover one of these popular projects known as SelfKey:

How Does it Work? 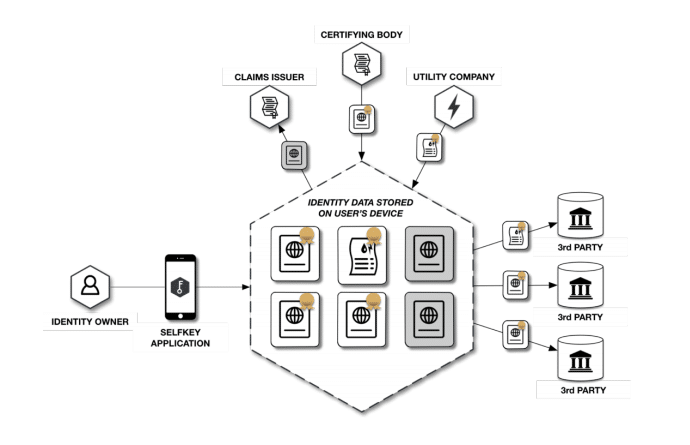 Documents are shared with third parties using public/private key cryptography similar to that used in pioneer projects like Bitcoin. This ensures that these parties only have access to personal data when users specifically grant them access.

In addition, SelfKey has built a claims protocol which allows only the necessary information (like age, nationality, or gender for example) to be shared with third parties as and when needed. This should prevent the overflow of information between parties which often leads to data leaks and potential identity theft problems.

The SelfKey project evolved out of several startup accelerators to become an organization known as KYC-Chain. The company enables organizations and individuals to better manage their know-your-customer (KYC) processes. The logical next step for the company was to raise funds in the ICO market and SelfKey was born. KYC remains a hot topic for the emerging cryptocurrency industry.

The team page is well-documented and provides a breath of fresh air compared to a host of other cryptocurrency startups out there. Most profiles have LinkedIn profiles attached – a good sign.

A section of the SelfKey growth team.

Edmund Lowell is the founding member of SelfKey and previously founded KYC-Chain as mentioned previously. His skills merge the fields of finance, technology, and law. These days, however, most of his time is spent recruiting the right members to keep the SelfKey project on course.

We won’t analyze all profiles here as the team is quite extensive. We will, however, provide a snapshot here of the core members in each of the other development, legal, and advisory teams:

A few key members of the Design & Development teams.

A section of the SelfKey legal team.

SelfKey already has a growing number of partners including notable mentions from established projects like Kyber Network and Polymath. It’s worth highlighting, though, that their partnership with Standard & Chartered Bank out of Singapore is what got people in the industry to stand up and notice. Together they manage KYC for token sales and Fintech startups around the world.

No official roadmap appears to have been given before the ICO. There is, however, a fair amount of update and progress tracking on their site for a roadmap from early 2018. Other than updates from Lowell, potential investors will want to keep their eyes on the remaining goals for 2018 which include the Cryptocurrency Exchanges Marketplace, Key Token Staking Functionality, SelfKey Browser Extension, and the Incorporations Marketplace. 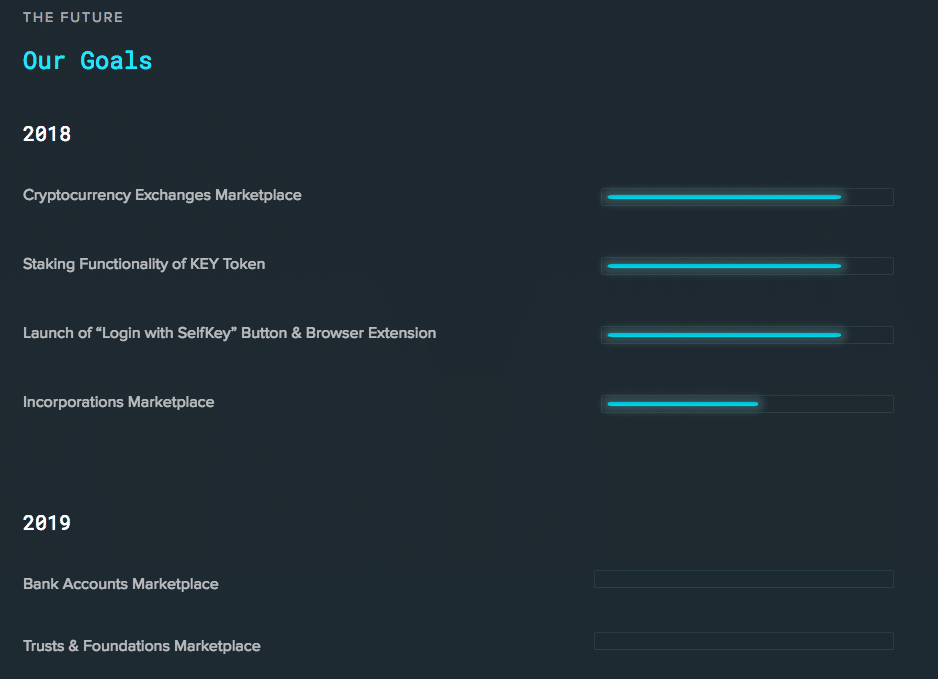 Selfkey review and community sentiment on the web remains mixed. Some Reddit posts have suggested that the project may be nothing other than a pump-and-dump scheme. On the other hand, many other Reddit threads are hailing it as an innovative solution which may completely change the nature of the identity management landscape.

It’s particularly difficult to determine the value of projects like these in their early stages of development. Add to that the bear market which has played out year-to-date in 2018 and you may wonder about the long-term viability of SelfKey.

The KEY token was listed on exchanges earlier this year and has unfortunately performed quite poorly against other assets. After SelfKey news of the Binance listing in July, prices moved sharply higher. Prices have since fallen back to even lower levels than before the listing.

Many investors will want to see consistent strength from buyers before adding the token to their crypto portfolio.

Where to Buy and Store

The KEY token runs the SelfKey ecosystem and was used as the primary way to fund the project. The token allows you to verify documents, access the network, and buy additional services via the SelfKey marketplace. It’s listed on several reputable exchanges including Binance, KuCoin, and OKEx. This is an important point since the bulk of new traders/investors will be found at these places of purchase.

As with most new tokens, you won’t be able to buy it on fiat-to-crypto exchanges just yet. So you’ll have to get hold of some Bitcoin or Ethereum first and then transfer to the exchanges listed above before grabbing some.

SelfKey has created their own storage solution known as the SelfKey identity wallet which allows users to store, manage, and authorize documents. The wallet also provides additional features like cryptocurrency management and a marketplace for your typical administration – things like bank accounts, setting up a business, or passport control. 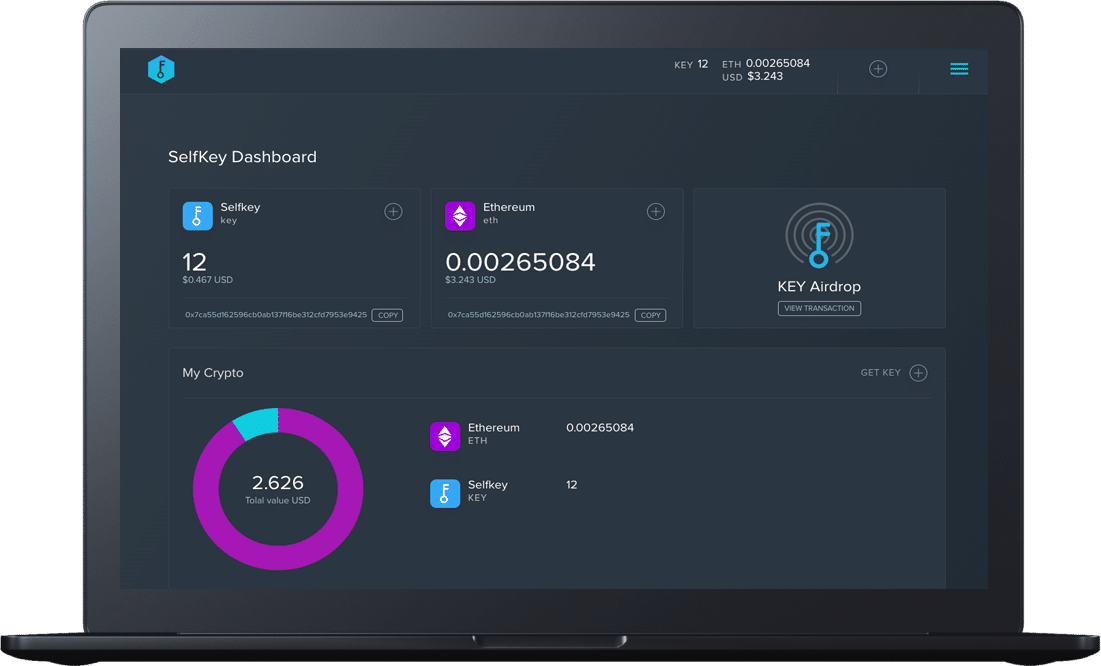 The SelfKey wallet in action

Decentralizing identity management is a huge step forward in preventing identity fraud. Centralized record keeping can be really wasteful and time consuming with traditional paper methods. More importantly, however, is removing the possibility of the so-called “honeypot” from the equation.

When a large number of records are stored in one location this naturally draws the attention of thieves looking to score big. In a decentralized scenario, hackers would need to break into many individual accounts to get the same payday. In most cases, this is just not worth the hassle.

Know Your Customer is a pretty annoying requirement in the cryptocurrency space. Traders and investors often have accounts with several exchanges. Having to verify each one can be an incredibly time-consuming process. Think back to the end of 2017 when exchanges were turning customers away due to high demand and limited customer resources.

SelfKey would effectively do away with this by creating a verify once process. Once a certifier has validated an initial KYC claim, users can validate that proof just about everywhere with a few clicks of a mouse. This kind of scalability will be necessary for the future. Cryptocurrency markets are forecasted to grow and more people are bringing their identities online than ever before.

According to SelfKey, the network is highly dependent on third-party certifiers to verify identity claims. This works almost exactly the same way we do today, except by making the process more efficient on the blockchain. Lawyers, bankers, accountants, and government authorities, amongst others, as usual, are eligible to be certifiers

This, however, doesn’t really address the issue of decentralization which is fundamental to building any project with blockchain tech. In other words, these certifiers are still middlemen and the potential bottleneck of the system. Unfortunately, certifiers still have excessive power which can be used to abuse the system. This can be illustrated by the recent arrest of an Immigration and Customs Enforcement (ICE) senior lawyer in Seattle.

Certifiers are still the bottleneck. These kinds of systems will only work if they are open to audit from the public. This is one of the biggest challenges when trying to merge decentralized blockchain solutions with traditional centralized processes.

The SelfKey website and whitepaper are not easy to follow. If users are going to trust in the possibilities of a blockchain future we need to make it easy for them to understand and adopt the technology. You can always explain great services in an easy way. Many cryptocurrency projects, however, suffer from very technical examples and convoluted explanations. SelfKey, unfortunately, falls in this category.

Nobody should deny that identity management is an area of the modern era that needs some serious attention. The anonymity of the internet makes it super easy for trolls, hackers, confidence tricksters, and fraudsters to attack from miles away. This begs the question of how jurisdictions of the world will function in the future.

Central authorities may not have many options as these kinds of problems cross international borders. Blockchain doesn’t stop at the border, however. And SelfKey is in a prime position to capitalize on this advantage. It does, however, already have serious competition from the likes of Civic and The Key. Who will come out on top? Just like the rest of us, you’ll have to stick around to find out.

More information on the project can be found on the following channels: