For the past number of years, I have used Dropbox as my primary cloud storage for my most important and frequently used files. Even though Dropbox only gives you 2 GB of free space, I was able to earn more free space by referring friends and family. This had brought me to a total of 22 GB of space. This was plenty of space to store documents and other files. I have Dropbox installed on several computers and mobile devices and it’s all kept in sync between them. Recently Dropbox made a change to their free tier allowing only 3 devices to be used. They did say that current users can keep their existing devices but I knew that over time this would eventually become an issue for me. Since I subscribe to Microsoft Office 365, I decided that this was the right time to move all of my Dropbox files to OneDrive.

Microsoft Office 365 is a way to license the full office suite, ie Word, Excel and others. You pay an annual fee to use these services. For our family, the 5 user license makes sense. What really makes this a solid deal is the inclusion of OneDrive accounts for each user, each with 1 TB of storage space. I had been using OneDrive as one of my photo and video backup locations, but now decided to take the leap and move all of my cloud storage there.

I decided to move files a bit at a time to see that they were properly syncing up in OneDrive. I have only a few folders in the root of my Dropbox account, such as:

I decided to move one and watch what happened. The process worked flawlessly and I quickly saw the files appear in my online OneDrive account. I made sure that all computers I use with Dropbox and OneDrive were powered on so that each would get synced up as I went through the moving process. I also checked my other online backup service to make sure that all of the Dropbox files were backed up in case of any issues.

A Warning from Dropbox

One of the more malicious viruses out there is ransomware. Your files can get infected if you open an attachment that causes all files to be overwritten with garbage data. Some of these give you an option to pay a ridiculous “ransom” to get your files back. One of the warning signs would be that thousands of your files cloud service suddenly get changed or deleted. Well, I discovered that Dropbox checks for this. Shortly after moving the first set of files, I received this email from Dropbox

In this case, I knew that these files had been deleted from my Dropbox account since I moved them to OneDrive. It is reassuring to know that if this had been a real virus, I could have easily retrieved all of these files. I did some research and determined that OneDrive also has ransomware protection.

Knowing that my files are further protected against a virus by being in OneDrive or Dropbox is additional reassurance that they are kept safe. Like I’ve said before, this type of service, coupled with backups at home and to other online services will help to keep your files safe, even if bad things happen to them.

What’s that? I can just picture the look on your face when you read the post subject line. I don’t need antivirus software!? 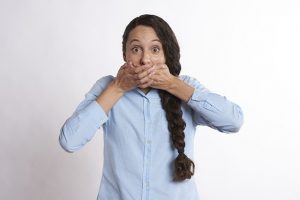 For years we’ve been advised to have antivirus software on our computers to protect us from deadly viruses that can corrupt or destroy our important files. And if you properly protect your important files then it doesn’t matter if you have antivirus software or not – you can recover everything. If all of your files are backed up when disaster strikes, then you can get it all back. Even if you have both your computer software backed up (like Windows or Mac operating system) and your data, who really wants to have to do all the recovery work when an antivirus program might have neutralized the virus threat before it took hold.

Besides antivirus software, there are some thing you can do to keep your computer safe: 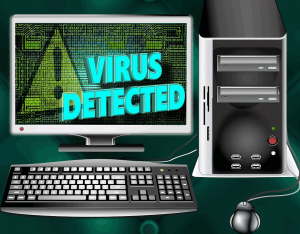 Even with doing the above mentioned items, you might still get a virus or some type of malware if a known site gets or even a friend gets hacked. I will have more to say in a future post about what to look for in antivirus software but if you are looking for a quick recommendation to either

I recommend checking out Malwarebytes

A few years ago when I was searching for software to clean up some malware on my computer, I tested a few different programs. What I liked about Malwarebytes is that it offered the full program functionality for free. This means that you can have it scan your computer to not only find malware and viruses but also it will clean things up. When it comes time to recommend software to put on my family and clients’ computers, I tell them to pay for the yearly fee to get the full version.

The full version gets you real time malware and virus scanning. What is the difference? Real time means it catches viruses as they try to infect your computer. Earlier I mentioned that you should be vigilant in what websites you visit. When you have Malwarebytes installed and you reach an infected website, it catches the problem before you even know it. Think of it like a personal security guard always waiting to protect you right on your computer!

Check out the link below to see the options for purchasing a license for Malwarebytes. I highly recommend running the free 2 week trial first and a full scan of your computer.

Do you have another program that you prefer to finding and catching viruses? Let me know in the comments.

We all have so many things that are important to us to be backed up in the digital world – our documents, family photos and videos. How many times have you heard about someone losing years of precious memories when a virus wiped out their photos or a hard drive crashed – and they had no backup. With proper planning and the right tools, these disasters can be eliminated. The goal of Protect My All is best summed up with the old but true cliché – an ounce of prevention is worth a pound of cure.

So many times friends and clients call asking me to help with recovering lost data from either a damaged hard drive or a virus. So often is the case – no backup was completed in either a long time or ever. I remember when a friend called in a panic. She thought she had a virus and she could not open any of her pictures. It turned out that she had a ransomware virus and all pictures were gone unless she paid a huge ransom. Backup was set up but had failed and she was not notified. Some pictures were recovered but many were not.

How about the client who had email downloading to different devices? Over time, messages were only getting saved to one computer or one phone. An effective centrally stored email service prevents this from happening. I’ll have a lot more to say on this subject.

We are fortunate to live in a world with relatively inexpensive, high speed Internet. We all have important digital data in our home, how about backup of these pictures, videos and documents to the cloud – or even to our family members? There are many options to “protect your all” outside of the four walls of your house.

An overriding principle of protecting all your data is LOCKSS. This stands for “Lots of Copies Keep Stuff Safe”. I’ll get into this in a another post, but the point is – the more backup copies you have, the better chance you have of protecting your data.